Live from Regusse: It's the Lower Verdon Gorges

As if we weren't gluttons enough for punishment yesterday. Today we set out for a more mellow hike, The Lower Verdon Gorges walk. This was only about a 20 minute drive from the house (a request from me) and went along an old canal and the lower part of the Verdon Gorge and then rapidly climbed up to the top of an impressive wall and then along the top and eventually a fairly slow descent. All told, just a bit over 2.5 hours and way less impressive statistics: 18,000 steps, 7 miles and only 63 floors

The most spectacular thing about this walk is how vividly you can see the color of the water. 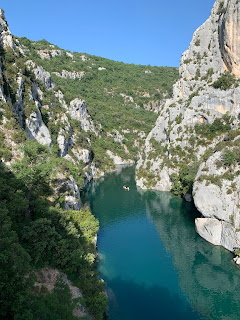 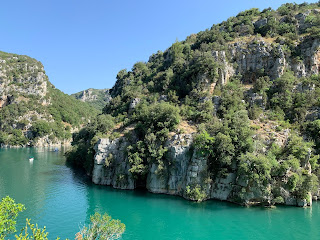 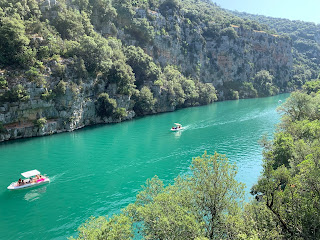 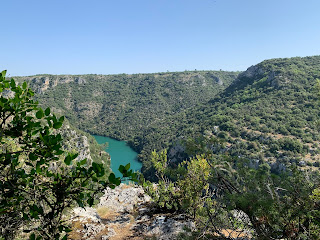 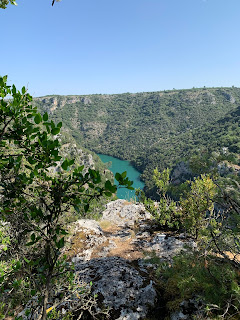 At the end of the hike, we ended up high enough to see the gorge as well as the dam, just a bit off to the right, not to mention the picturesque village across the hill. 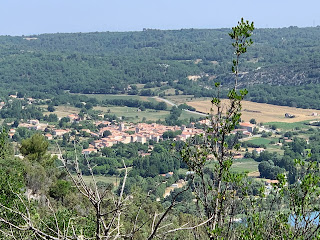 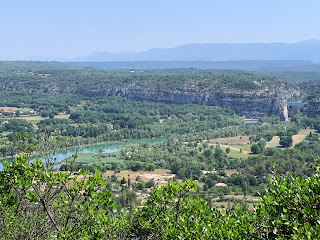 After we finished our hike (18,000 steps; 7 miles; 63 floors all in 2 hours 45 minutes), we took a double kayak up through the gorge where we had hiked. It was aimply stunning (as well as wonderfully cooling).

And then, of course, we came back to the house so we could watch the consolation match: Sweden versus England. Sweden looked the more powerful and intimidating the first half and took a 2-0 lead after 22 minutes; England then came back like gangbusters with a gorgeous goal in the 31st minute and what looked to be a second goal only minutes later. But in a deja vu moment, the ref motioned the VAR signed, reviewed the play and determined (correctly, IMHO) that there had been a handball. This must have been devastating after what happened in the US game (goal disallowed due to an offsides by a hairbreadth margin).

The second half looked eerily like many of the recent US games, with Sweden compacting back into a 5-person defensive line and simply taking a pummeling. However, as the US has done, Sweden held fast and the 2-1 score held until the end. Tough break for England, happy day for Lindahl (keeper) who is probably playing in her last world cup.
Posted by Margo at 12:12 PM