It is our last day in Capetown and therefore our last day in South Africa. We load the bus in the morning, enjoy one last breakfast at the Cape Heritage Hotel. and head out for one of the highlights of the trip: Robben Island. Although it has a long, rich history, Robben Island is best known as the location of the prison in which Nelson Mandela spent 18 (the majority of his time in prison) years. 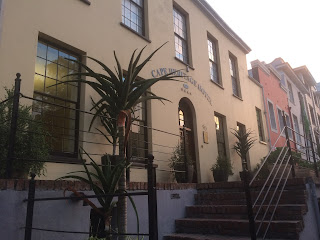 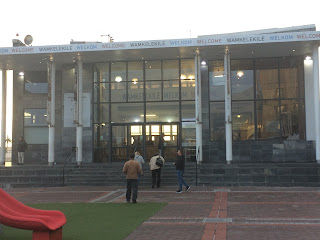 Most of us had, unconsciously, assumed that Robben Island would be similar to Alcatraz, so we were all a bit surprised to arrive at a rather pretty little island. We get off the ferry facing the message of our tour: "Freedom Cannot be Manacled," and we board busses for a tour of the island. 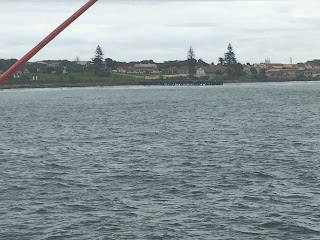 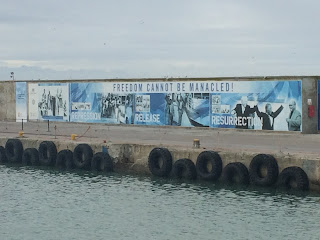 Among other things, we see the Robert Sobukwe house, where Sobukwe (an ANC Youth League leader and founder of the Pan-African Congress) was held in isolation, disallowed from speaking to anyone for four years (he was there longer than the four years; the four years was the time of total isolation).

Next up is the limestone quarry where Mandela and others worked for 13 years. 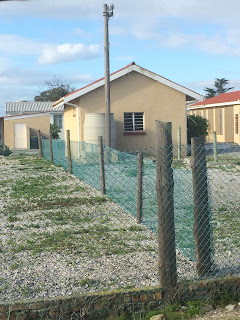 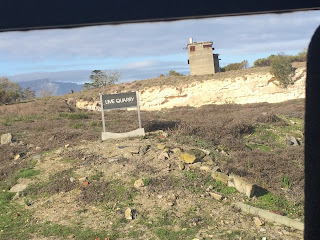 As we drive around I am struck again by the contradictions: the beauty of the island and its surroundings in contrast to the brutality of what took place here.

Finally, we come to the place for which we've been waiting: the maximum security prison, home to many of the political prisoners who together gave up hundreds of years of freedom to bring democracy to South Africa. Our tour guide is himself a former political prisoner (1984-1991) and most of us are awed by his capacity to forgive and look forward. 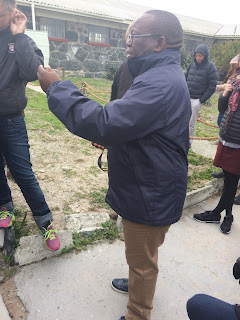 He asks about everyone on the tour and his eyes light up when he learns that our middle school group from America has spent time in Kliptown -- close to his home of Rockville, also in Soweto, quite close to Kliptown.

He speaks clearly and passionately, making the struggle come alive, answering all questions from, "Why were you imprisoned?" to "Are you satisfied with where we are today?"

He explains that reconciliation is a process that takes time.
The tour wraps up with a discussion in the courtyard where Mandela planted his garden, practiced his shadow boxing, and played tennis for most of the 18 years on the island.

We then a walk down the long, silent hallway past the cell that was his home for 18 years.

And while there was shopping and travel that happened, this seems like the right place to end my blogging of the trip. 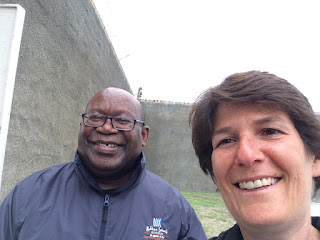 Return to Main Page
Posted by Margo at 6:27 AM