It's Friday, April 19 -- my mother's birthday; my colleague's birthday.

I sit at home, working from the relative safety of a town six or seven miles way from the mayhem that erupted in the greater Boston area last night. As is old news by now, within roughly 48 hours of the Marathon Bombings, FBI and police had identified two "persons of interest" who became suspects last night after engaging in a robbery, a shooting, a police chase, and explosives. As of right now (8:13 AM on Friday, 4/19), one of the suspects is dead; the other is the target of an enormous manhunt that has much of the greater Boston area on lockdown. All the local universities are closed; my kids' schools are closed; people in six towns are being told to stay home and leave doors locked. I've certainly never experienced anything like this, and I'm guessing the vast majority of my students, friends, and acquaintances haven't either. So, as I did Monday, I turn to blogging.

The end of the class is in sight! Because many groups took late days on the virtual memory assignment, we pushed the design reviews for assignment 4 (make a file system recoverable by adding journaling) a few days. This gave students a much needed bit of breathing room and as a result they came to class Tuesday pretty energetic.

Rather than continuing with new material, I made Tuesday a flipped class. They had a few short pre-class questions to make sure they'd read the assignment and understood what they needed to do. We then spent class time letting them code read to figure out how the existing file system worked, what kinds of things were going to need to log, and how they might recover those log records. On one hand, we could have done a structured code walkthrough, but I'm pretty convinced that letting them do the walkthrough in small teams results in a better understanding than a guided walkthrough. (Although I'm beginning to wonder if we shouldn't offer code walkthrough sections each week ... that might be a really nice supplement. Or perhaps we could make a series of audios to walk through the code ... oh I'm liking that idea a great deal.)

We spent the first chunk of class time letting students merge new code into their trees. My theory is that this would be a relatively quick process and anyone who ran into trouble would have immediate assistance. I'm not sure that part worked very well. Some students got the merge done quickly, but others spent a significant chunk of time on it, even though they didn't need our help.

They were then supposed to pick a couple of operations and walk through them to figure out what they'd need to log and what recovery would look like. Some groups found this useful; other groups felt lost. Even for those who felt lost, my sense is that it was a decent use of time, as the students really need to understand the process of figuring out how to determine what needs to get logged and what needs to be recovered.

This class was followed up by the peer design review. The room sounded very animated during the review and I heard a lot of good discussions. I think the extra days after A3 really paid off here. We need to work with the timing to make the A3 peer design a more useful endeavor. That's going to require some serious rethinking about what we do in-class versus outside of class.

All in all, this week was a classic flipped classroom and everyone seemed much happier. I also took the opportunity to snap photos of my students with their group placards. For those of you who've never been involved in Harvard's CS161, we ask each group to select an animal as their team name. We interpret the term animal quite broadly and we've had everything from unicorns to meowbears in past years.

This year, I had someone who shall remain nameless draw each team's animals and then we printed them on bright yellow paper, laminated them, and but them in stands to assign groups to tables. With permission from the people photographed, I bring you a subset of the images of 2013 CS161! 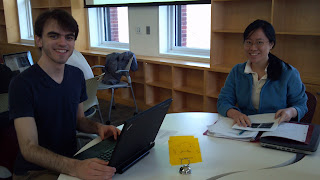 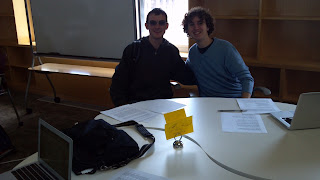 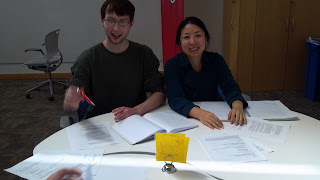 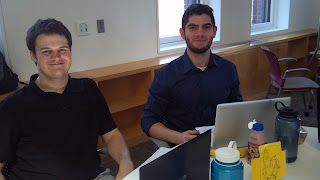 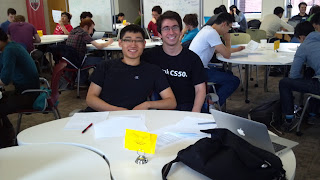 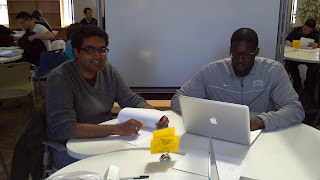 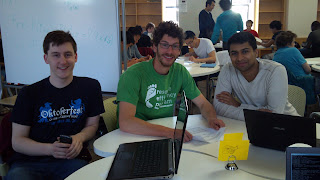 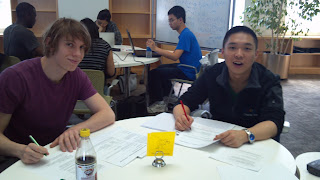 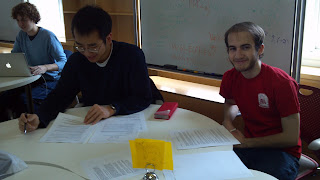 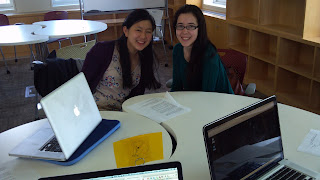